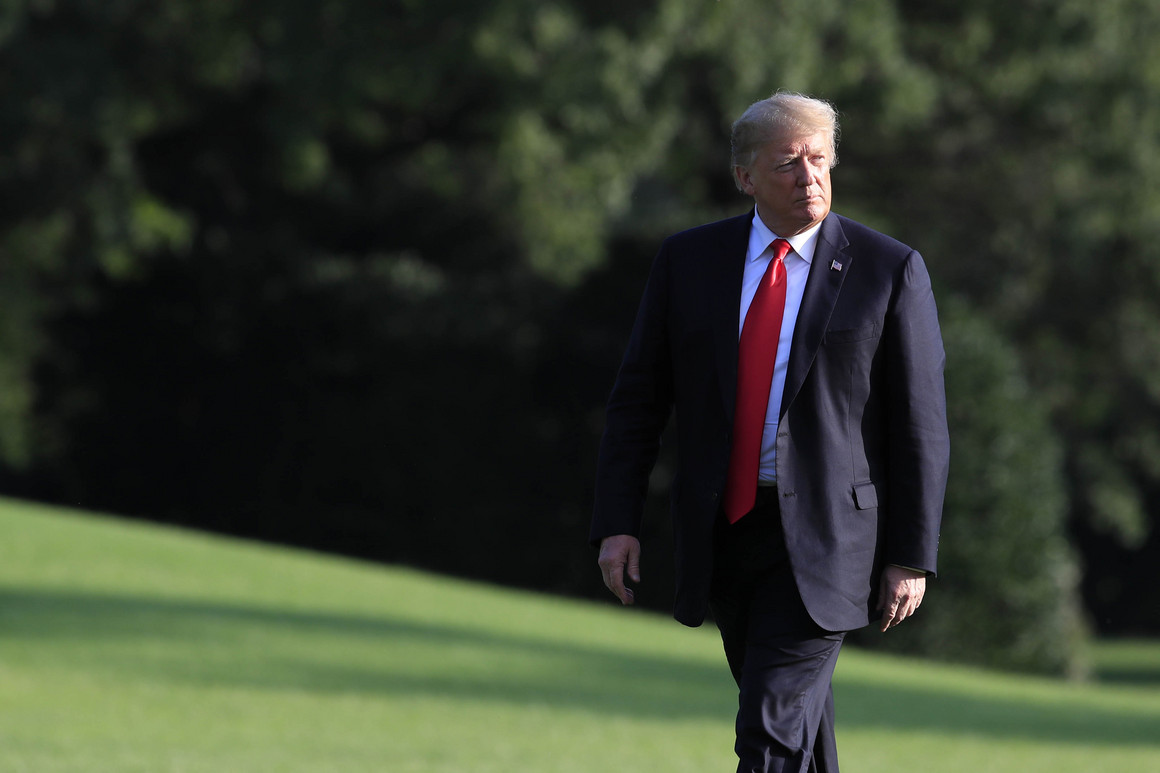 The principal newspaper in Orlando, Fla., where the president is set to kick off his reelection bid Tuesday, has already announced its 2020 White House endorsement: anyone but Donald Trump.

“We’re here to announce our endorsement for president in 2020, or, at least, who we’re not endorsing: Donald Trump,” the editorial board of the Orlando Sentinel announced Tuesday, hours before Trump is set to appear in the city’s Amway Center to launch his campaign for a second term.

“Some readers will wonder how we could possibly eliminate a candidate so far before an election, and before knowing the identity of his opponent. Because there’s no point pretending we would ever recommend that readers vote for Trump,” the editorial board wrote.

“After 2½ years we’ve seen enough. Enough of the chaos, the division, the schoolyard insults, the self-aggrandizement, the corruption, and especially the lies.”

The Sentinel dubbed Trump’s “successful assault on truth” as “the great casualty of this presidency, followed closely by his war on decency” and said the commander in chief “has diminished our standing in the world.”

Though the Sentinel endorsed Democratic presidential nominee Hillary Clinton over Trump in 2016, the paper has a long history of favoring GOP candidates for the White House.

The paper supported Republican Mitt Romney over Democratic incumbent Barack Obama in the 2012 presidential race, and with the exception of President Lyndon B. Johnson in 1964, “the Sentinel backed Republican presidential nominees from 1952 through 2004,” the editorial board wrote.

But the Sentinel noted Tuesday that its “non-endorsement isn’t defaulting to whomever the Democrats choose” as their nominee to take on Trump in the general election. The editorial board said it would “eagerly” consider Romney, now a U.S. senator from Utah, or former Ohio Gov. John Kasich if they launched primary challenges to the president.

“Same if an independent candidate mounted a legitimate campaign,” the editorial board wrote.

“We’d even consider backing Trump if, say, he found the proverbial cure for cancer or — about as likely — changed the essence of who he is (he won’t),” the board continued. “The nation must endure another 1½ years of Trump. But it needn’t suffer another four beyond that. We can do better. We have to do better.”

In a competing op-ed in the Sentinel also published Tuesday, Republican National Committee Chairwoman Ronna McDaniel made the case for another four years of Trump in the Oval Office, arguing that the president’s “long list of promises made, promises kept has energized Americans in every part of the country to fight for his” reelection.